Manufacturer of the Year Award

The 2016 Manufacturer of the Year honor is awarded to an exceptional company that was founded in 1968; but, 23 years ago was given new life to remain competitive and expand its business.

In 1993, the organization consisted of a 5,000-square-foot facility, one small office and six employees. Today, it has 45 employees and has grown sales by more than 650 percent. The business has expanded to 26,000 square feet at their same location. Employee longevity is important to the company; evidenced by its many current manufacturing leads and managers who have been with the company for 20 to 30 years. The company prides itself on paying good wages and offering a full-range of benefits, including tuition reimbursement up to 100 percent for employees who desire to further their education.

The company’s growth has partly been due to its strong commitment to their customers and dedication to quality. They have invested in a real-time inspection system for parts in process. Parts can be checked at stations throughout the facility, and the data is readily available by quality control for monitoring and analysis.  This allows the company to provide high quality, historical data regarding manufacturing tolerances to their customers at a moment's notice, and allows their customer's to understand that the company is committed to providing quality parts. I am pleased to present the 2016 Manufacturer of the Year Award to ANPEC Industries. Accepting this award for ANPEC are partners/owners Brad Wagner and Doug Allen who bought the company in 1993 at ages 29 and 30 years old.

We’re here when you need us. 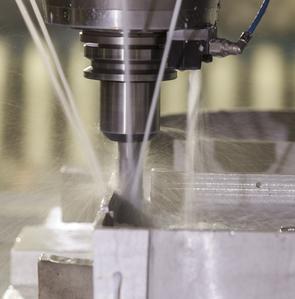 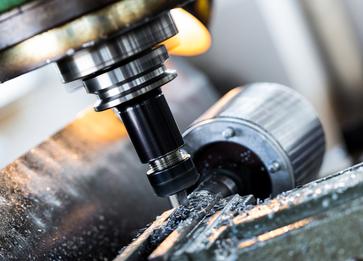 We pay attention to the details. 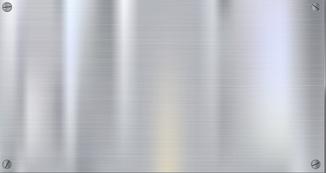 "In 1968 Anpec began as a general machine shop using manual lathes and mills in a 5,000 square foot building."

Anpec acquired its first CNC lathe in 1973 and a second in 1978 leading to an expansion to 8,000 square feet. After weathering the 1981 recession, the company first started production machining of forgings for forging houses. This led to a period of steady growth throughout the 1980's.

1990 the company expanded its CNC equipment to include six Mazaks, three lathes and three Vertical milling machines. In the middle 90's the company underwent reorganization with the retirement of two of the original three founders. Doug Allen and Brad Wagner stepped up to ownership roles and brought with them the latest technology in manufacturing, shop management and quality programs.

This resulted in an expanded customer base into new markets while continuing to focus on high quality machining of customer forgings, primarily in the recreational vehicle ( ATV's and motor-cycles) industry. This has required precision machining to specifications within .0005".

Get started with a FREE quote